Sadly, I lost the previous garden log to file fuckery. Here's the 2.0, featuring brand new, never before seen photos of my plants: 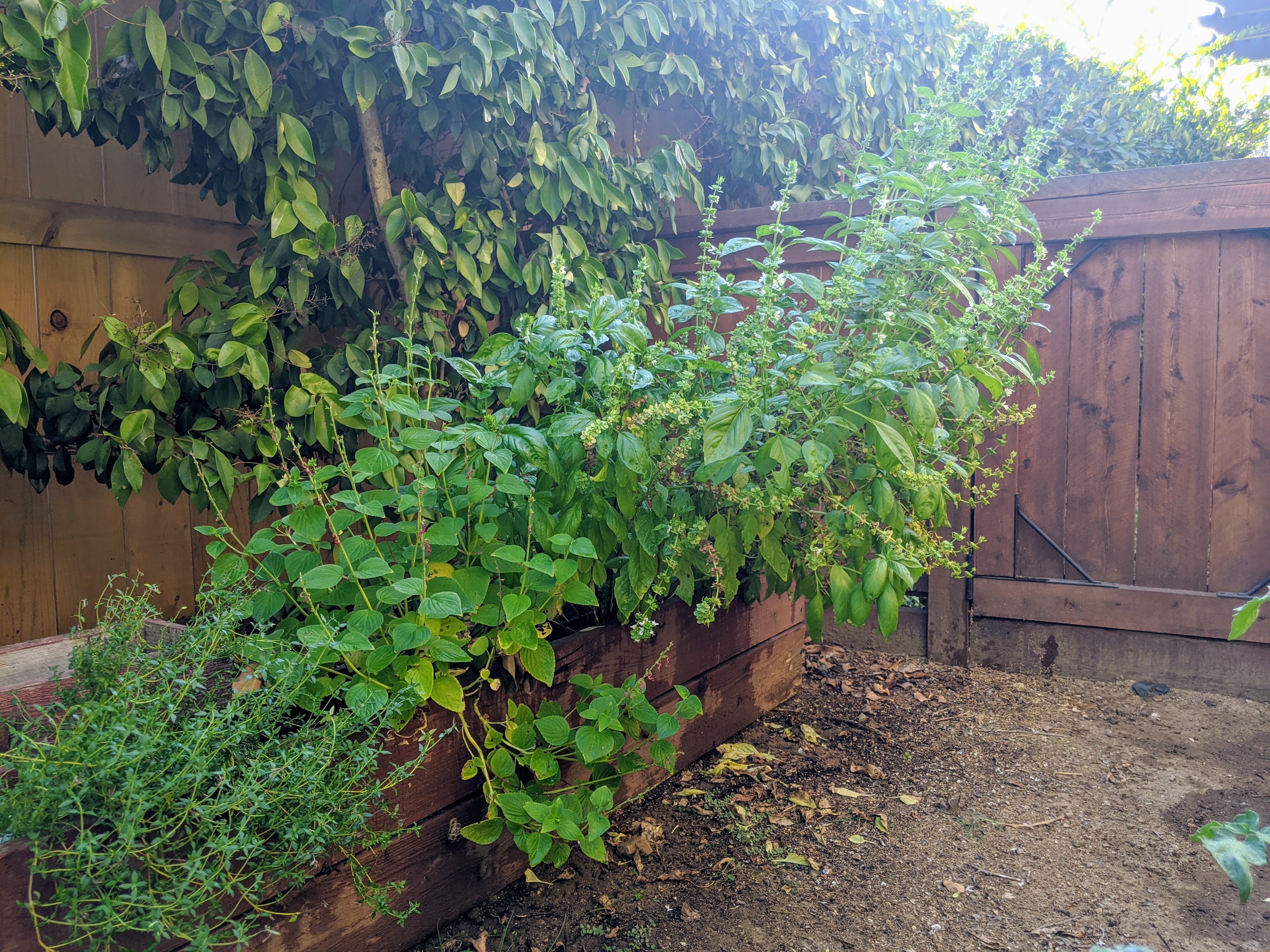 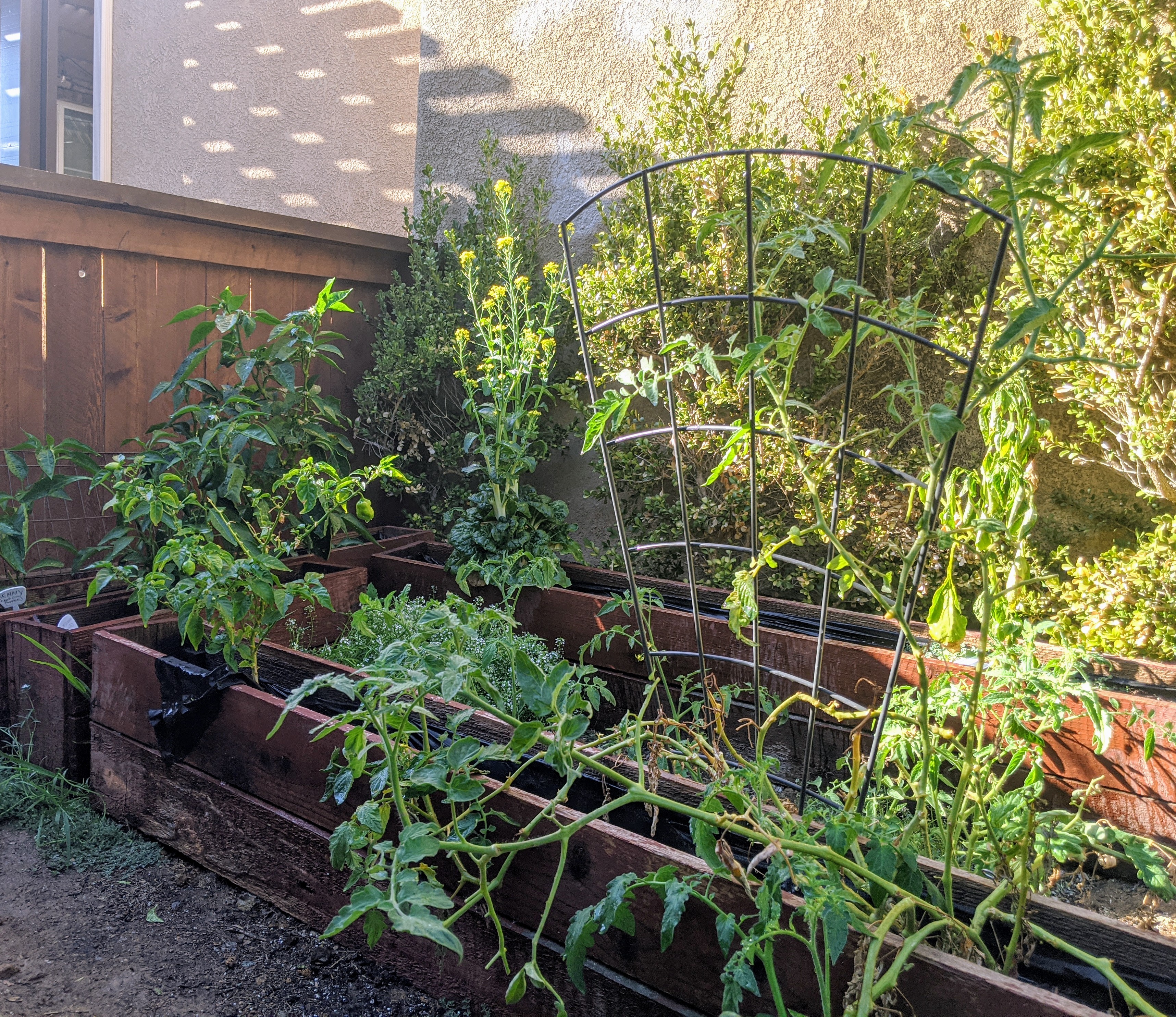 So you know how last post I said I would finally go out and take action and water my fucking plants? I did not! The good news is that I'm back into it. Unfortunately, we had some casualties. Say hello to the crippled remains of Unnamed Basil Plant: 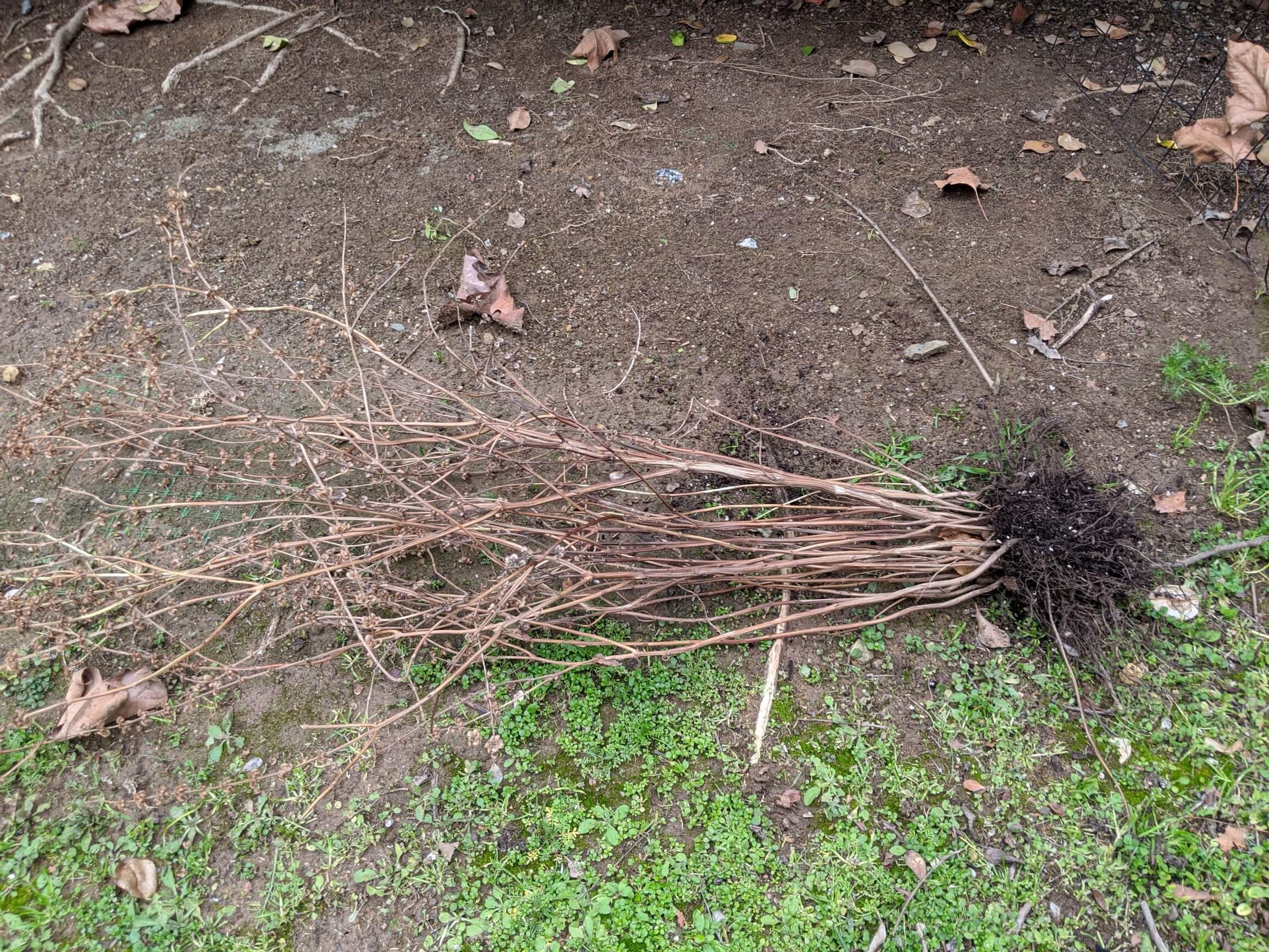 Rest in pieces soldier. Just like real war, he was quickly replaced.

In other news, it rained a SHIT TON in the last couple days. Pure stormin. The planter box is designed to store water, and by the time the storm was over that thing was just dirt soup. I was trying to bail out all the water with one of the leftover plant cups but those have holes in the bottom so I was struggling for a good ten minutes before I remembered there was a drain on the bottom. Note the distinct coffee coloring (said like a wine taster guy): 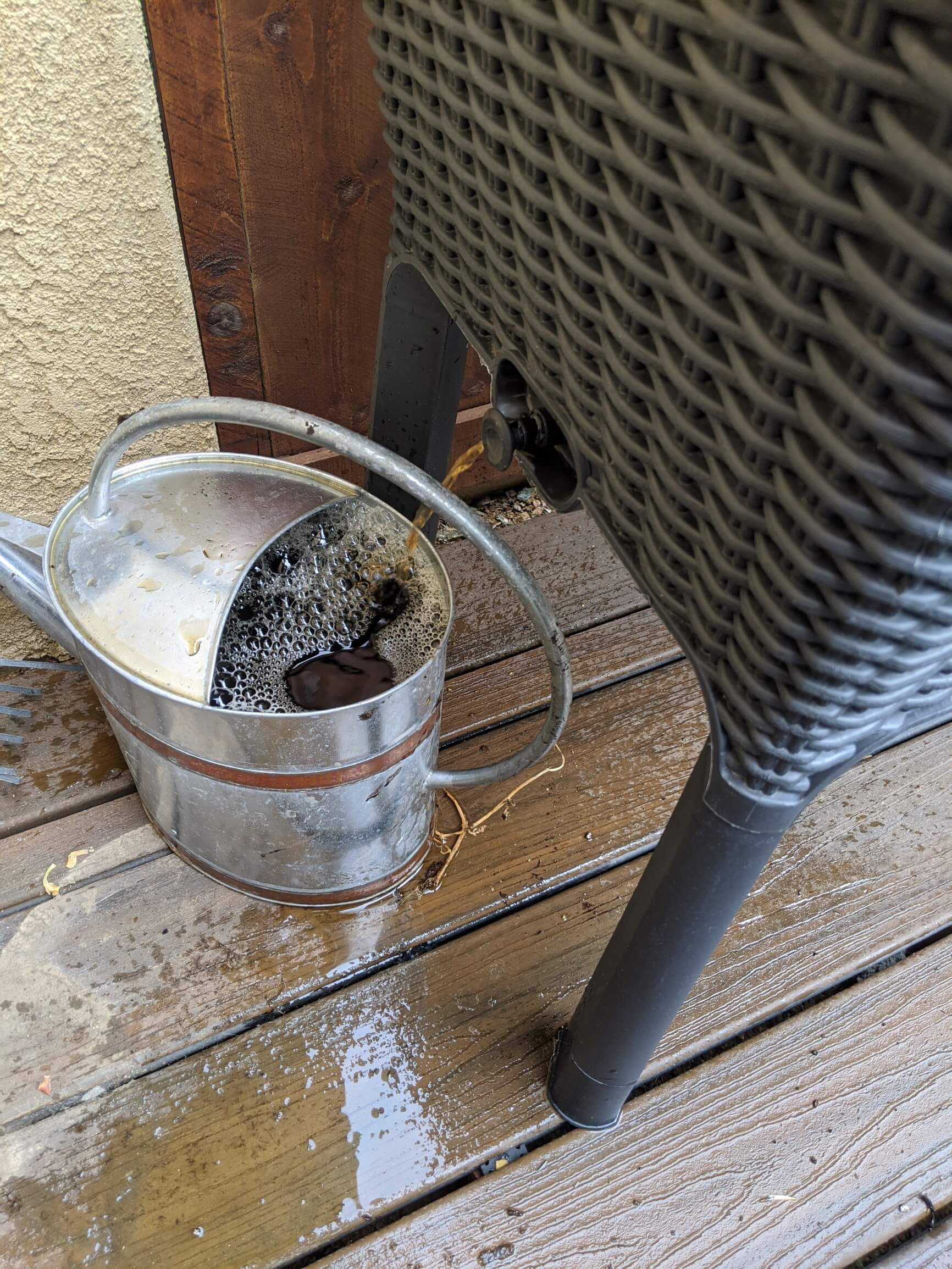 I would say some shit like "I can't express how much goddamn water was stuck in this thing" but I can it was exactly two entire watering cans. No wonder all my carrots never grew they were fucking swimming 24/7.

Once that was done I got some lettuce planted. The last remaining Truck Freak was transferred to another box PLEASE god live you are the last of the Freaks. 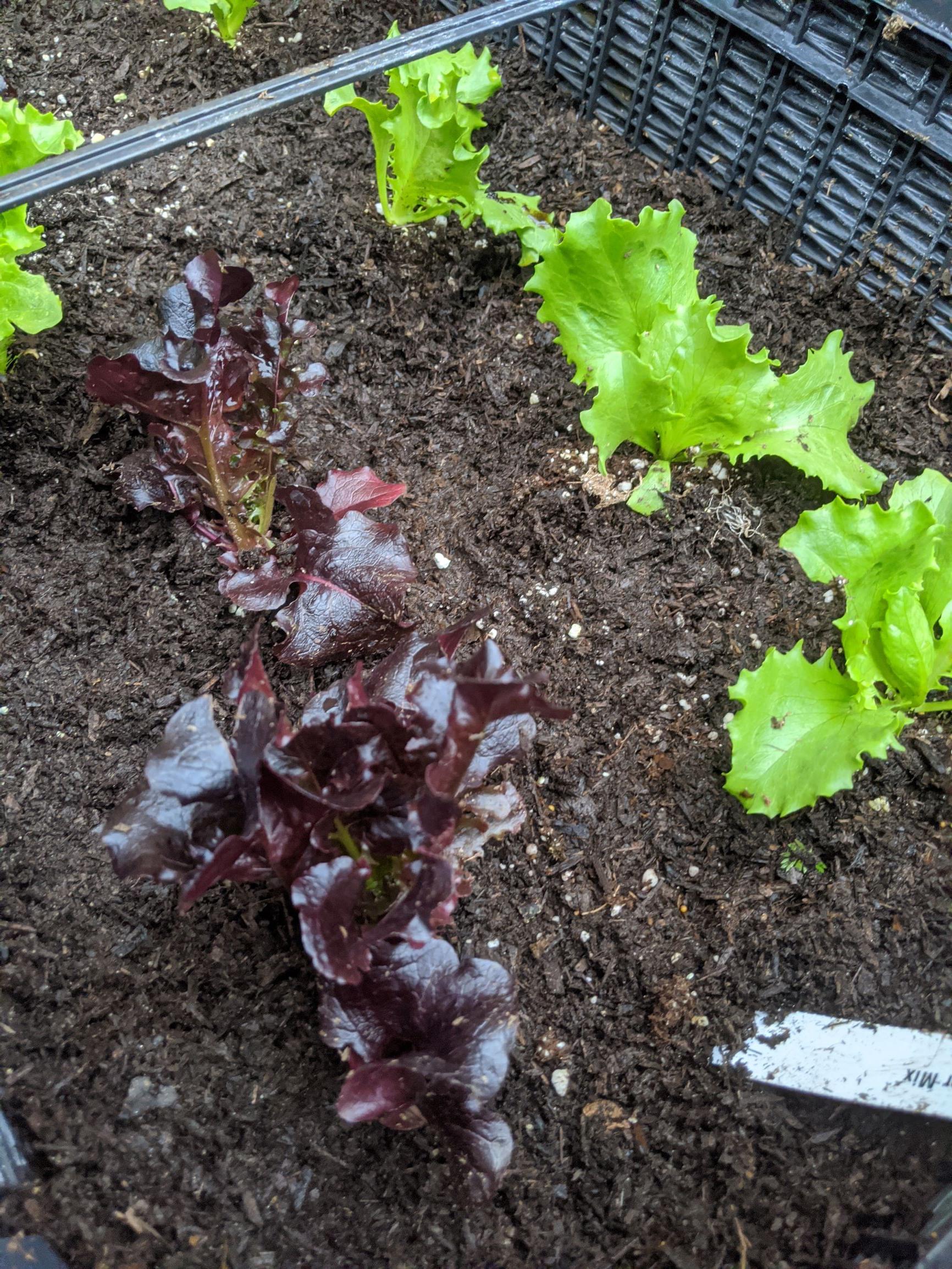 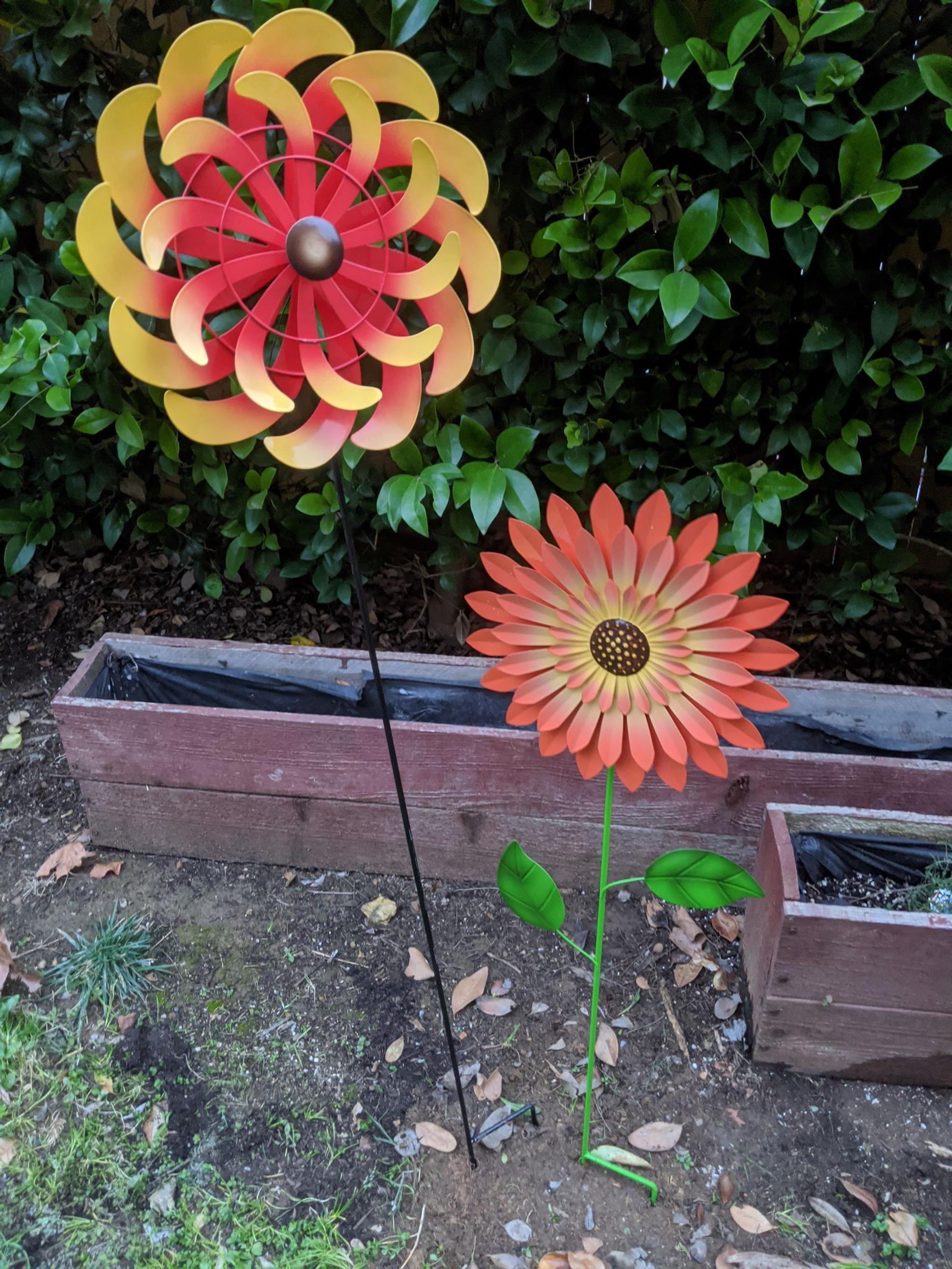 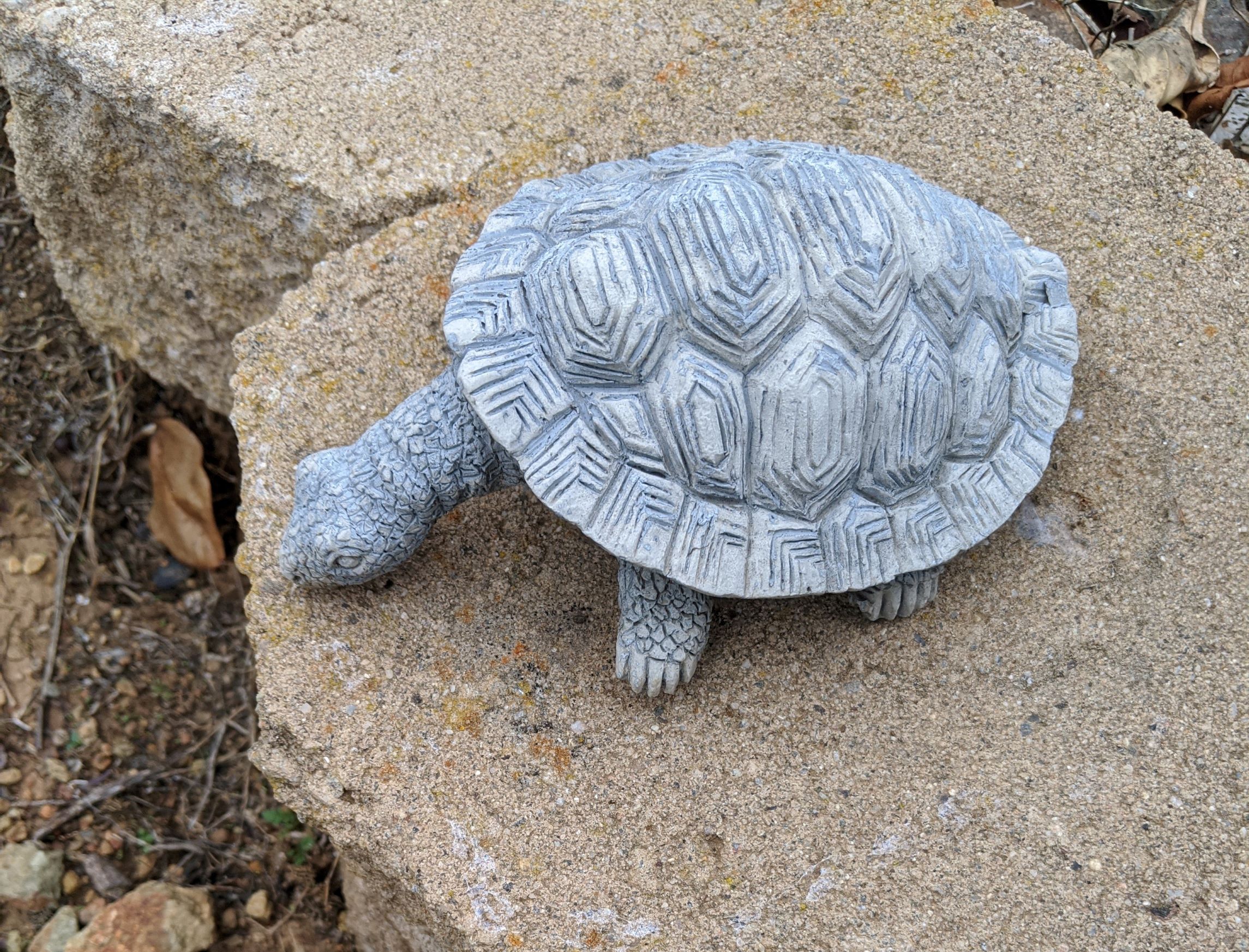 The turtle isn't in the garden but significant nonetheless.

i have to admit something... i have not watered these plants in at least a month. oh god. last time i checked they WERE pulling through. The momotaro actually looks giant as FUCK for some reason? The basil is not doing too hot, though, and neither is the bok choy. You know what this blog post is my turning point I WILL go water these bitches. 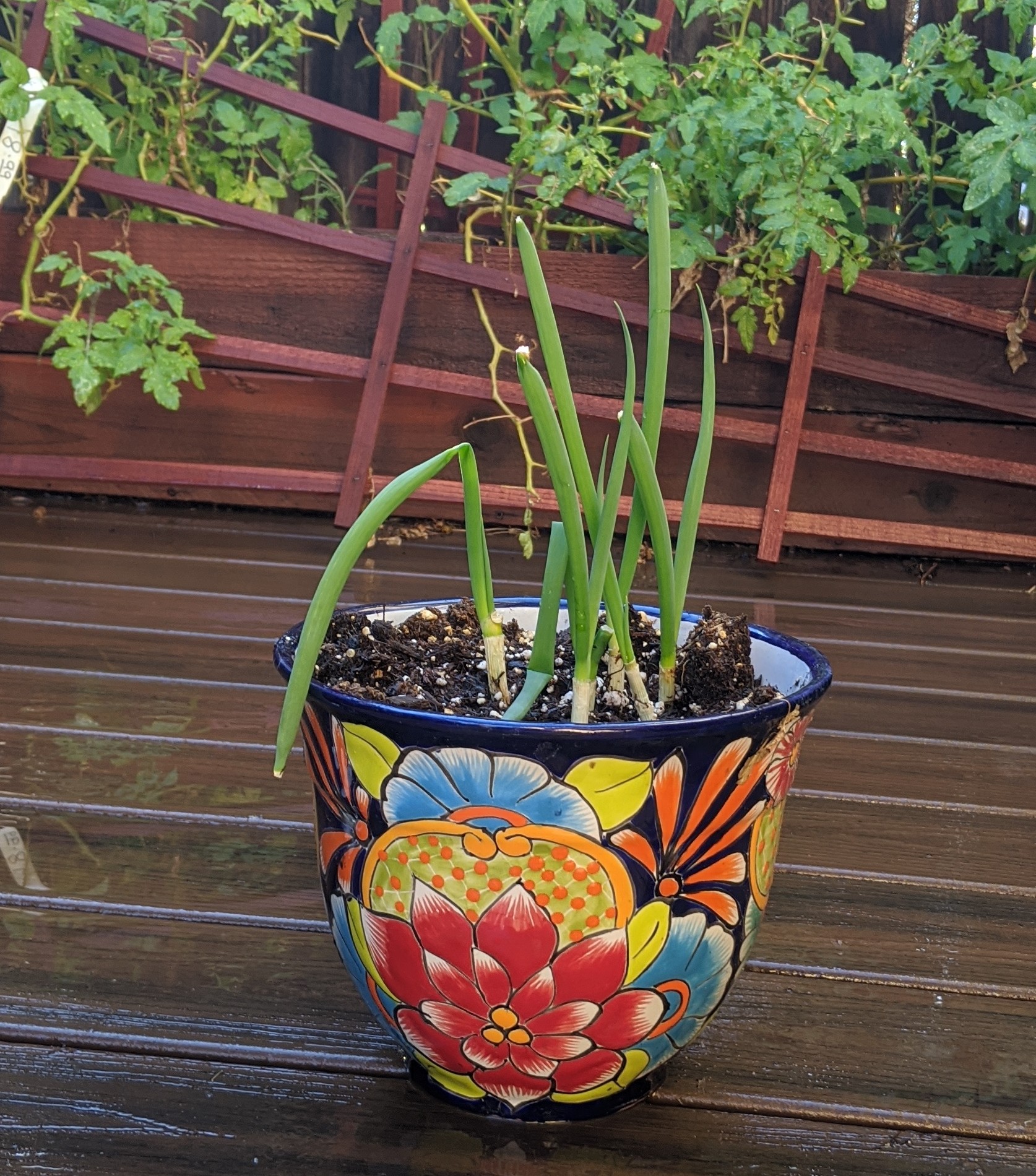 as promised heres the new onion plants he kinda fallin over 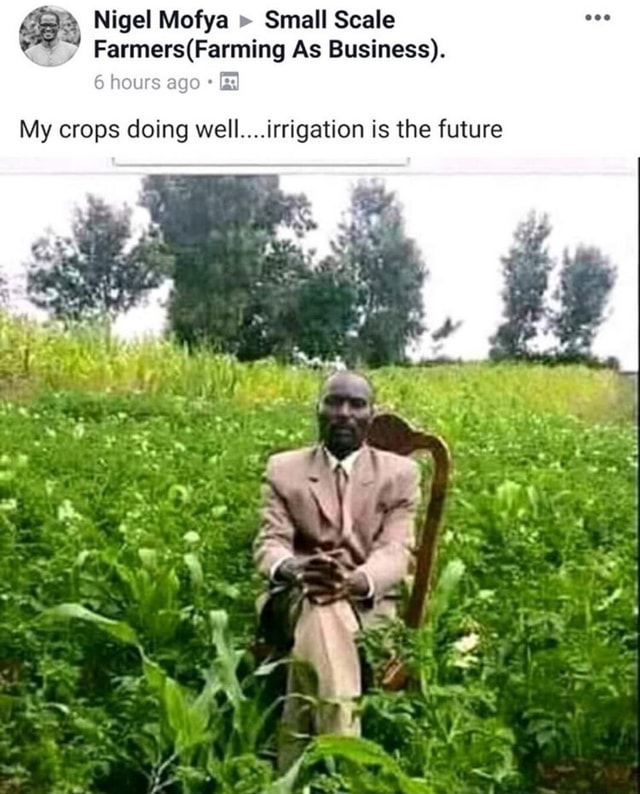 The head to my watering can fell off so now it just dumps water on to all of my plants. The tomato is taking over the entire garden, even though I've been forgetting to water it. My sister stuck some green onion stems in the dirt and they started growing? So now I can add green onions to the plant roster.

Ok, so put yourself in my shoes for a second. You have neglected to water your plants for a full three days out of sheer laziness. You finally go to water them, expecting to see a wasteland, only to see THIS motherfucker: 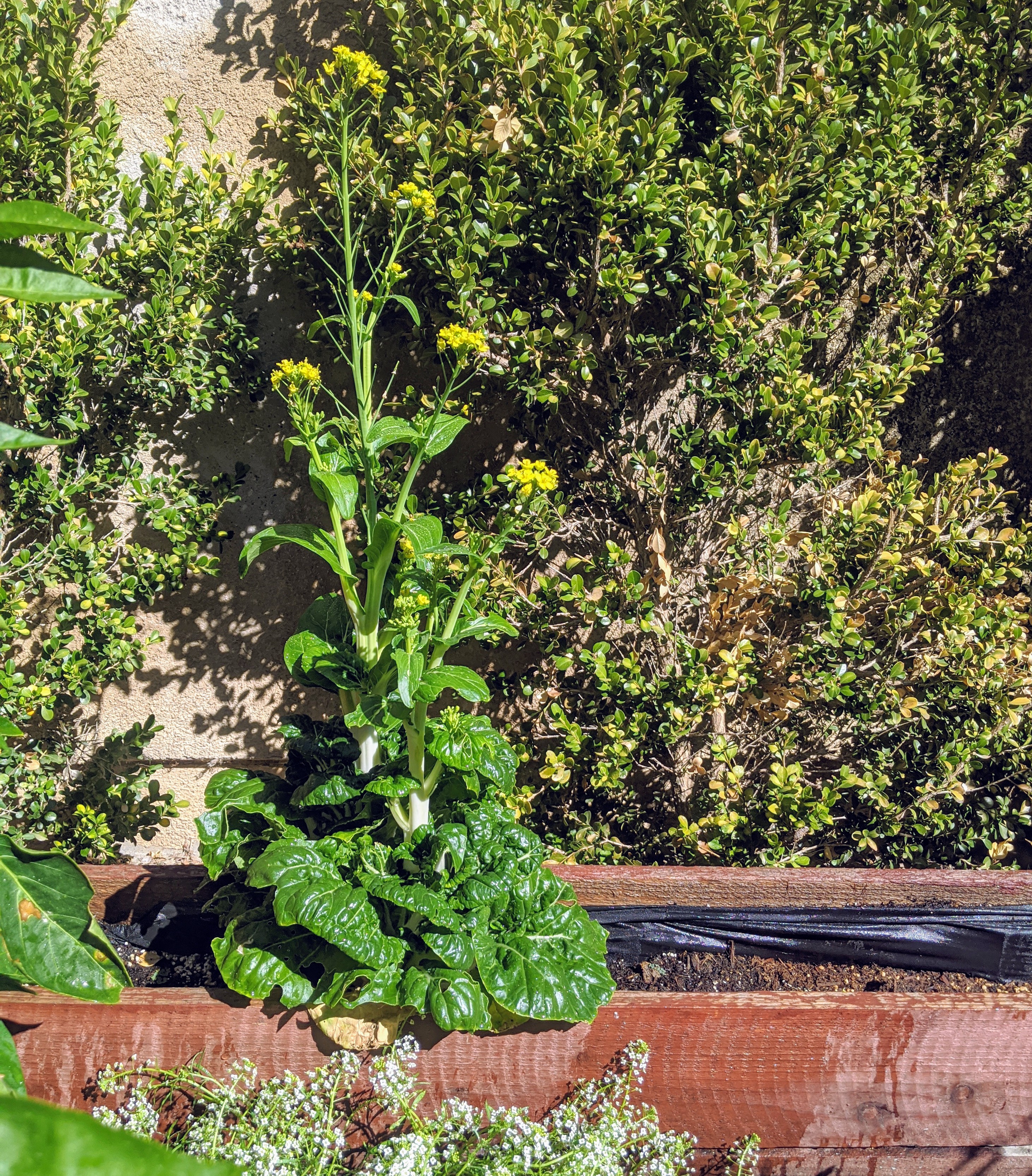 So my bok choy is doing good. I don't actually know how or when to harvest it. 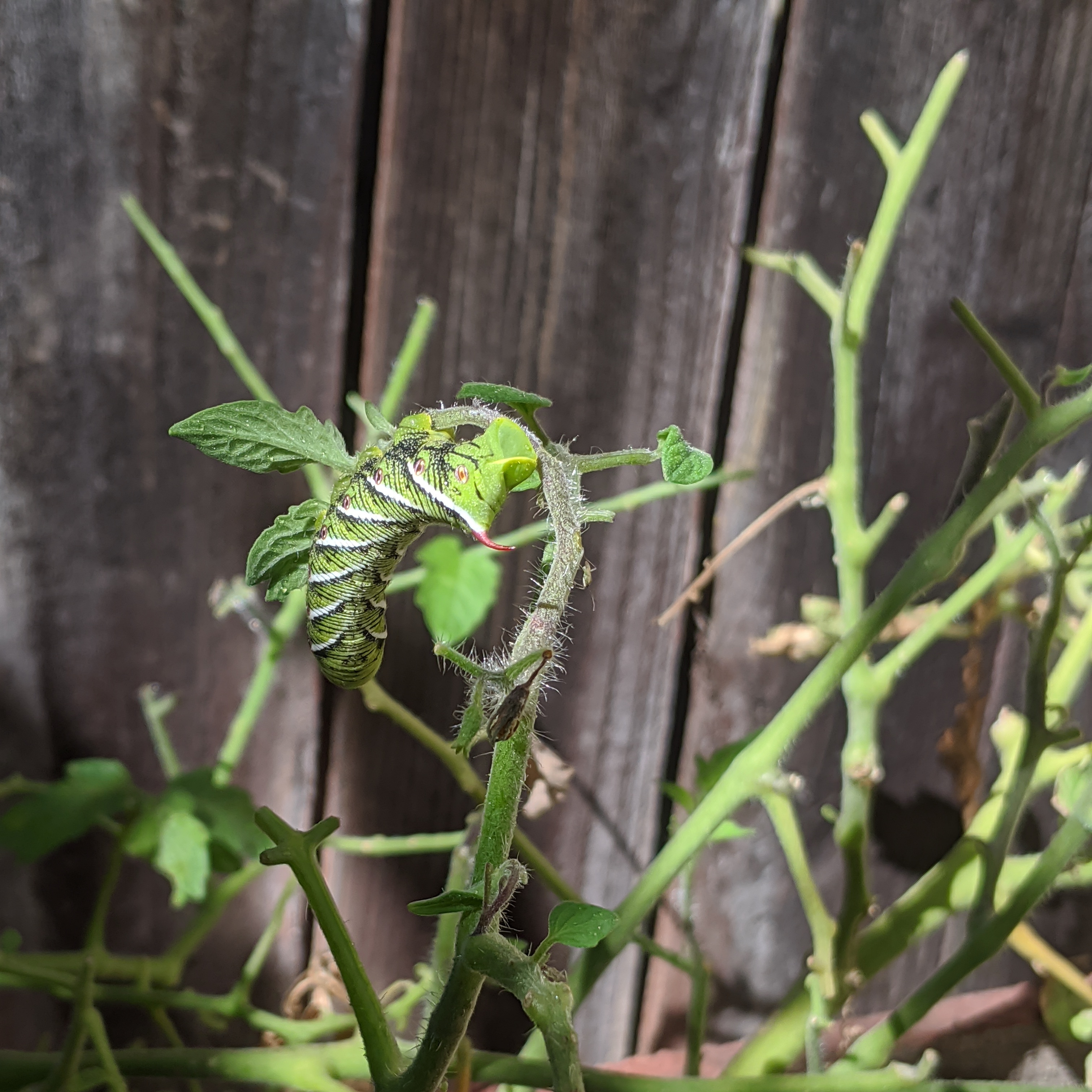 Saw a caterpillar today. Tight! I know they're supposed to totally destroy your plants but as you can see from the background of the photo I am killing my plants faster than it ever could.