Reviews are in reverse chronological order. A ☆ means it's a fav, and a ☠ means I hated it. Click the titles for links. Games with no price listed are free.

☆ The Testimony of Trixie Glimmer Smith ($6): 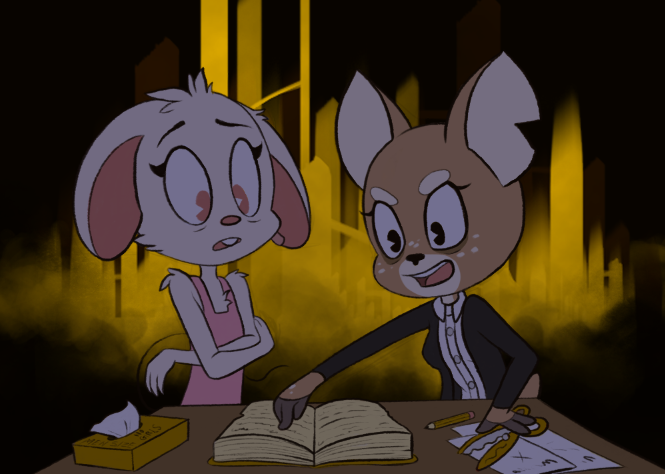 The Testimony of Trixie Glimmer Smith is a great game, which is saying a lot considering I don't normally enjoy visual novels. It follows Trixie, a college student that finds a cursed play and gets wrapped up in an eldritch-themed mystery that threatens the town. Along the way, meet some new friends, some new enemies, and lose your mind. A lot.

One of the mechanics that make this game so fun to play is the hidden sanity meter. Depending on the choices you make, the dialouge, descriptions, and even the entire ending can change drastically. It really adds a whole nother level to the gameplay- the player now has to consider the choice's outcome on the plot AND their sanity.

The art is great- the cute art style contrasts well with the creepy tone of the game, and the characters are well designed. The writing does a good job at being both funny and scary. If there is one critique to make, its that there can be sections where there are just BLOCKS of text to read, but if you're into visual novels I'm guessing it won't be too much of a problem.

TLDR: this ones fun, play it.

☠ Yanderella: Yanderella is an awful game. For the most basic context, it's a short dating simulator/RPG that follows the MC as they spend time with two of his childhood best friends: Hinata, who is visiting again after a long time spent away, and Honoka, the one who's always been by his side. 3 days of filler dialogue happen, and we are finally (finally!) reach the "twist" ending: If you choose to romance one of the girls, the other will murder you in a jealous, graphic, rage. And the game ends.

The game depends entirely on this twist ending to be interesting,but that's the thing- it's not a twist. The game is called Yanderella. I'm not surprised when one of the girls snaps on the MC, I've been waiting for it to happen the entire time. I'm not going to complain about twist endings in all media- there's plenty of people talking about that already- but I will say this: Your story should still be enjoyable even if its played straight the entire way through. Twists should be used to enhance, not to prop up an otherwise shitty story with a "Gotcha!" moment. Let's take DDLC for an example. The first act is completely devoid of any horror elements- there's no indication that anything is even wrong at all. Despite this, I never felt bored playing it. The dialouge was decent, and the poetry mechanic was a fun way of choosing a route. Getting through the first act into the real story doesn't feel like a chore. This is where Yanderella completely fails. Every single line of dialouge, every scene, every moment spent walking between locations, feels like it's only trying to pad time until the final reveal. There's no point in having a twist ending if the audience is too bored to finish your game.

The mechanics aren't any better. It's a visual novel told through the RPGmaker engine, and the game takes only the worst parts of both of these genres. The text crawl is painfully slow and unskippable, and every time the game switches to a new location you have to walk the MC over there. The overworld segments don't add much to the world, either. There's no special insight you could get from the walking segments that couldn't be delivered through text, if there's even anything meaningful at all.

TLDR: Yanderella is a pointless game that tries to make up for its pointlessness with a last-second reveal, unaware that I've already shut off my computer. 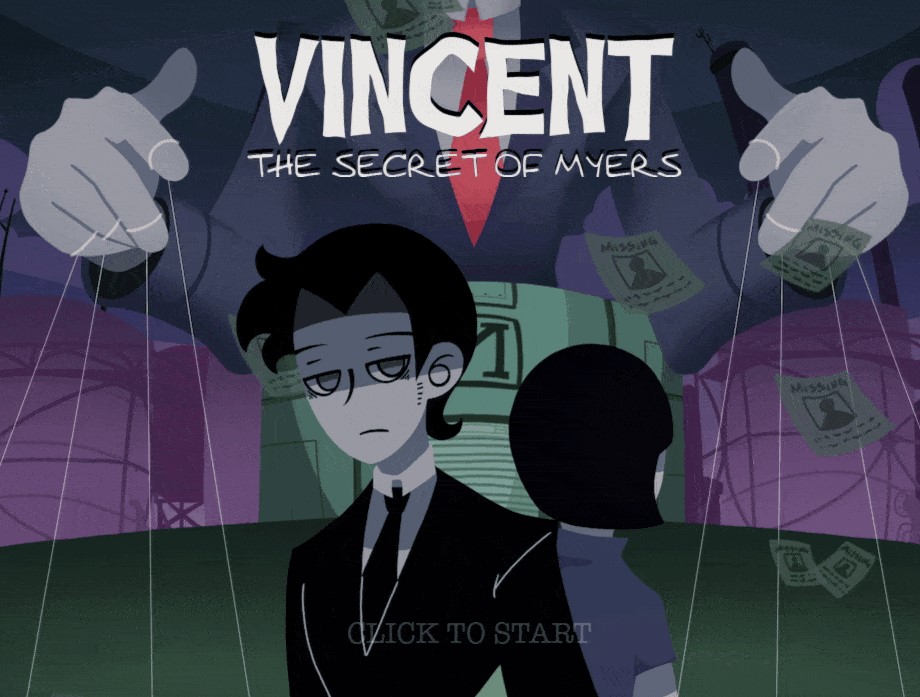 Myers plays like a mix between a visual novel and a point and click adventure. The protagonist mysteriously arrives at a mansion, with no clue how she got there, or any memories at all. To uncover the mystery, you must explore the abandoned Myers Coorporation, a cyber-prosthetic factory left bankrupted by a scandal. The demo itself is pretty short, but it establishes the story and atmosphere well. The real star is the art, the style is unique and the color pallette is very well done. overall it adds a lot to the experience! I wouldn't call this a horror game, but it does have jumpscares and body horror.

Buddy: Buddy is a short point and click game where you're locked in a room with an evil AI, and have to escape before it kills you. There's 8 different endings, each with it's own way of escaping or dying horribly. Fun to mess around with for a night but admittedly kind of an ugly game. I did like it a lot, but it might just be because I love the evil AI trope.

Your Turn To Die: 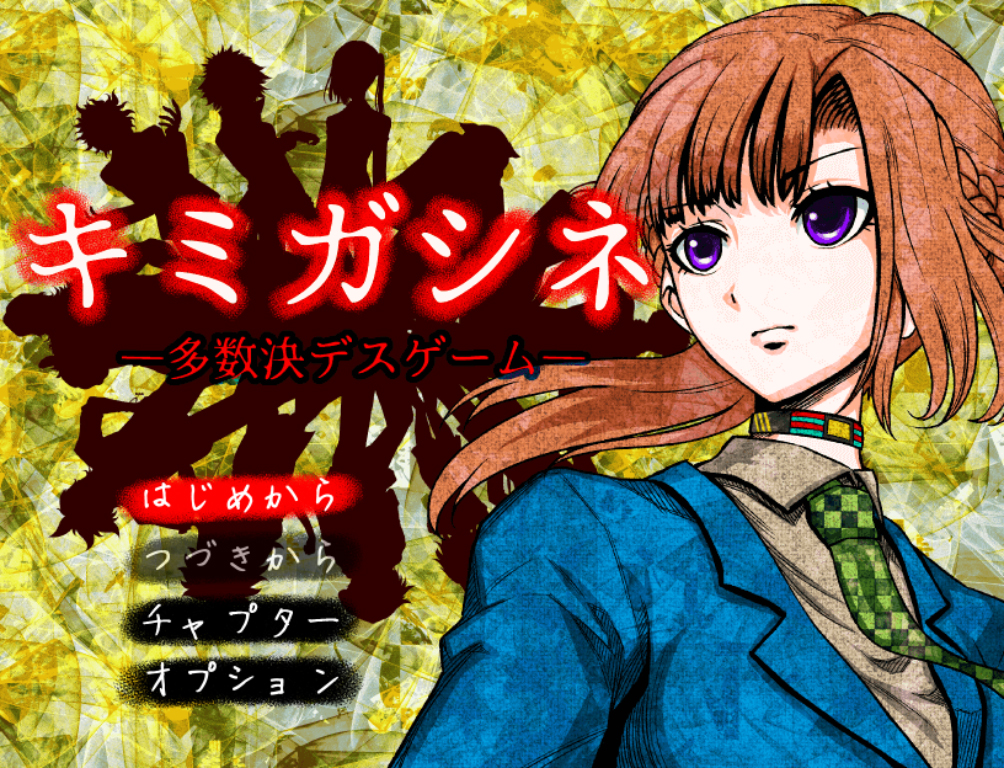 This game follows Sarah Chidouin as she finds herself trapped with nine others in a strange sort of facility. In order to progress, she must solve puzzles, negotiate arguments, and ultimately vote on who will die at the end of each round. The mechanics are a mix of point and click adventure, visual novel, and a special interrogation/negotiation mode, where you extract statements and make arguments to progress. It works well enough, and adds another layer of engagement beyond your standard visual novel fare. The art is both nice and horribly ugly at the same time. The character talksprites are well drawn, with an interesting color palette and unique designs. Everything else, however, might as well have been drawn in MS paint. It doesn't detract all that much from the experience, but if you're looking for 2017's most beautiful game, this is not it.

As far as the story goes, it does a good job of getting the player attatched to the characters- I actually stopped playing because I didn't want to see anyone die. I can't say much for the overall plot, since I've only played the first episode. It does set up some good plot threads that lead into later episodes- who is Sarah's stalker and why is he here? Who's behind this? The works.

Devil Cult Party:A tycoon game, but instead of rollercoasters you're managing a satanic cult hiding out in an abandoned church. Sacrifice your members, sell merch, end the world. Fun game but I'm not sure that it has a save function, which I found out the hard way. Still pretty fun to mess around with for a night. The pixel art is pretty good, don't remember much either way about the music. Play it if you have a couple hours to kill.

☆ Mouth Sweet: "This is a completely realistic game about exactly what it's like to work as an office temp. Absolutely everything is true and nothing is made up or embellished. Really." A horror game where you have to defend yourself against invisible enemies using sound alone. Creepy and kind of depressing. There are jumpscares but not very intense (no sound, images don't flash). I cant remember how long it is but I finished it in a night. 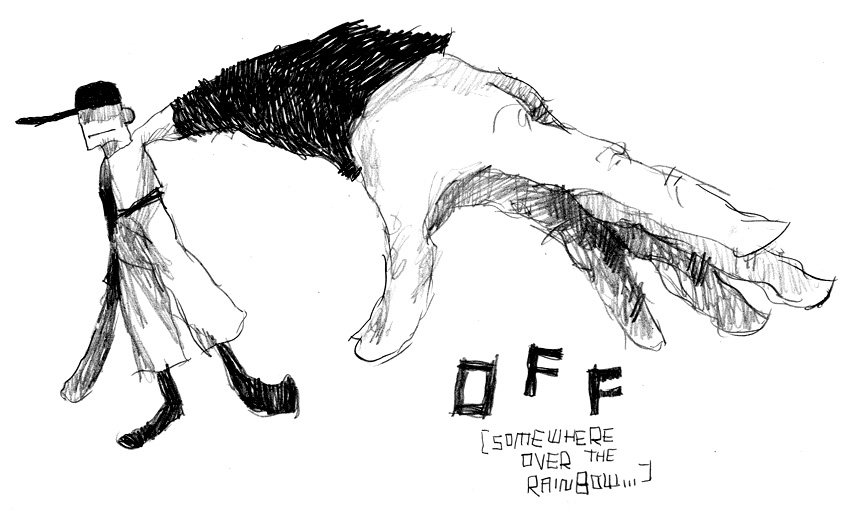 Guide the Batter through the different 'zones' of OFF's strange world as you purify spectres, battle guardians, and talk to cats. The music and art work together to make a unique and often unnerving atmosphere. The game uses standard RPGmaker mechanics, meaning you're gonna be sitting through some RNG battles for part of the playtime. The story is absolutely worth it. 5-6 hours long, not a horror game but it has its moments. An all-time favorite.